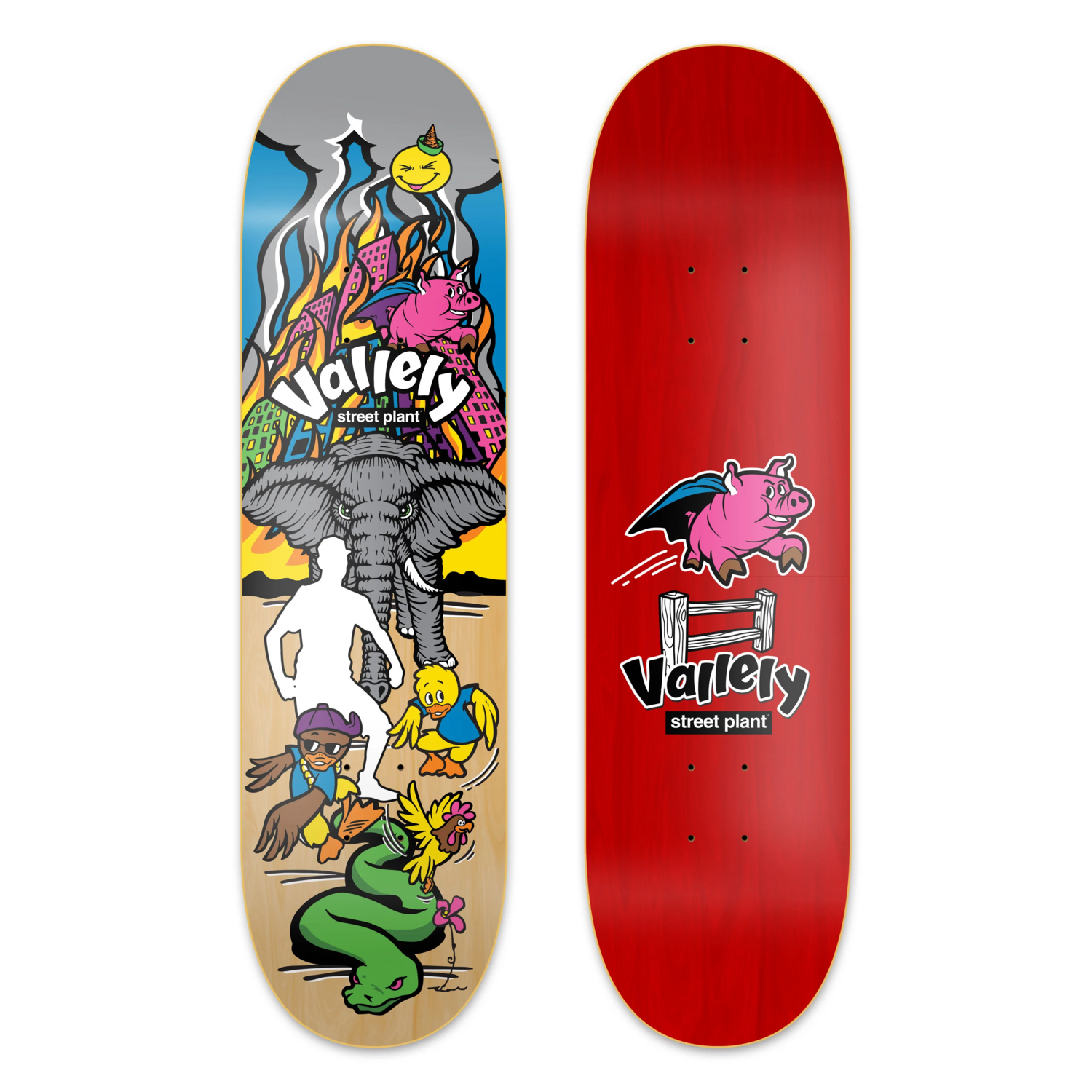 Hand Signed by Mike Vallely himself. This deck release was already limited but to make them even rarer, Mike V signed some and AW Skate Boutique has been lucky enough to be in a position to offer them.

The Street Plant, Super Friends Boards, and Apparel feature new art by Mark Penxa based on graphics and characters from my World Industries Pro Models from 1989-1991. I have always compared releasing those World Boards to putting out a series of albums, as I put so much into them. I came up with the concepts, and artists W.T. Lageose and Mark McKee did the illustrations while Steve Rocco and Rodney Mullen took on producer roles. World Industries was this small, independent label, and I was in my prime as a Skater who had just left a “major label,” and creatively, I was in my summer. Those Boards, the shapes, the art, the stories, and the living that went into them meant everything to me.

On these new Boards, we’ve included a character from all of my classic World Boards: Elephant On The Edge, Barnyard, Snake, and Animal Man, and even a nod to my Circus Elephant Mini, which was like an unauthorized remix that the label put out while I was on tour. Can you spot the reference?

We are printing the Super Friends art on two different Board Shapes, my original Snake Shape from 1991 and a Modern 8.5” Popsicle Shape, as well as adding a T-Shirt and a Crew Sweatshirt to the collection. All of these are available for pre-order now at streetplant.com.

Thanks for Your Support!

Save this product for later
Display prices in: AUD